Paul-Henri Thiry, baron d’Holbach (Edesheim, 1723 – Paris, 1789) was a German-born, French-naturalized philosopher. His texts are inspired by a profound dislike for superstition and religious beliefs, and his most celebrated treatise, the Système de la nature of 1770, is sometimes jokingly referred to as the ‘Bible of atheism’. D’Holbach published the vast majority of his works either anonymously or pseudonymously and worked in close collaboration with other French writers, most notably Denis Diderot and Jacques-André Naigeon. As a result, the limits of d’Holbach’s textual corpus are indistinct. Alongside the Système de la nature, however, scholars largely agree in attributing to d’Holbach, among others, La Théologie portative (1768), Le Bon Sens (1772), La Politique naturelle (1773), and La Morale universelle (1776). [Click here for a full list of d’Holbach’s publications] In addition to producing this vast array of philosophical and antitheological treatises, d’Holbach also translated several works out of German, English, and Dutch. He also contributed to important collaborative works, such as the Encyclopédie and Guillaume Thomas Raynal’s Histoire des deux Indes.

Besides being an extremely prolific writer, d’Holbach was also a salon host and a patron of the arts. The only heirs of a wealthy German man who had managed to acquire the title of Baron, d’Holbach and his second wife (Charlotte Suzanne d’Aine) welcomed into their Paris home in rue Royale Saint-Roch (present-day rue des Moulins) Diderot, Jean le Rond d’Alembert, Claude-Adrien Helvétius, Charles Pinot Duclos, Charles Marie de La Condamine, and André Morellet, among others. On their visits to the French capital, several foreign intellectuals also participated in the gatherings of what Jean-Jacques Rousseau famously and disdainfully dubbed the ‘coterie holbachique’. The list includes, but is not limited to, David Hume, Cesare Beccaria, Horace Walpole, Pietro and Alessandro Verri, Adam Smith, David Garrick, and Benjamin Franklin. 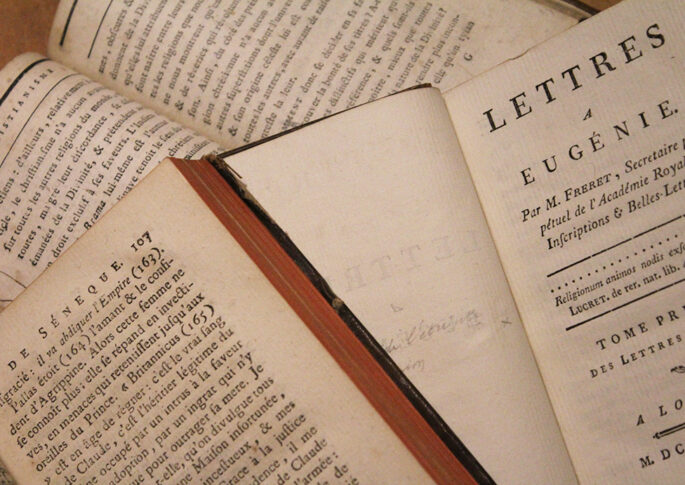