Constituted in 2018, the Enlightenment Hub is one of the 29 collaborative projects to have been awarded funding as part of the Oxford-Berlin Research Partnership in 2018. The Enlightenment Hub brings together Oxford and the Berlin universities and allows them to pool their significant strengths in this area spanning the disciplines of English, History, Philosophy, Theology, Modern Languages, History of Science, Social and Political Sciences. 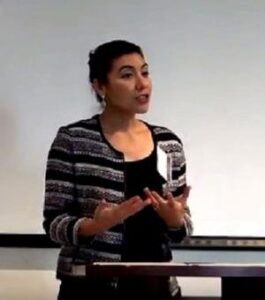 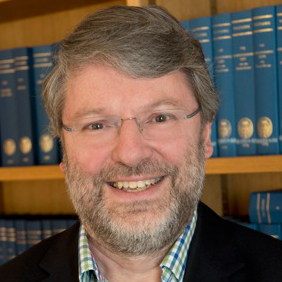 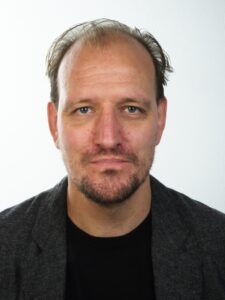 Erica Charters researches the history of war, medicine, and science during the eighteenth century.  She is particularly interested in reconciling Enlightenment histories of a cosmopolitan Europe with military histories that portray the eighteenth century as a period of near-constant military conflict, in part by tracing how war was a crucial part of Enlightenment intellectual developments.  One of her current projects is a history of eighteenth-century Franco-British warfare and its relationship to Enlightenment scientific knowledge.

Director of the Voltaire Foundation, Professor of French Literature, and Lecturer in the History of the Book; Fellow of Wolfson College. As General Editor of the Complete Works of Voltaire, my main research interests are related to Voltaire, in particular his historical writings, his correspondence, his poetry, the Lettres philosophiques, and the Questions sur l’Encyclopédie. I am also interested in the French Enlightenment more generally, in the history of the book (in particular the illustrated book) and in questions of critical editing.

One of my main research interests are the interrelations between literature and the humanities, especially modern and classical philology and historiography. I am currently working on a monograph on the transformations of the epic from 1800 to modernism. Focal points of my work on the 18th century have been (and are) 18th century print culture, cultural transfer (especially Germany – Britain), the history of nationalism, the reception of antiquity, the history of pre-modern humanities. I am Professor of German and Comparative Literature at Humboldt University, Berlin. 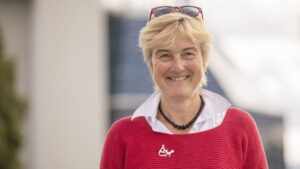 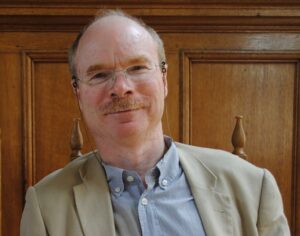 Professor in German Literature and Culture at the University of Tromsø – The Arctic University of Norway. Currently (2018-2021), she is Henrik-Steffens-professor at Humboldt university, Berlin. Her main reserach areas are the literature and culture of the 18th and 19th century. In the field of Enlightenment Studies, she is especially interested in dilettante culture, Medical Humanities (patient-doctor-relations, patient stories) and factual narratives.

Freethinking in the (radical) Enlightenment.
Jakob Mauvillon (1743-1794) (as part of the above).
Polemic/querelle in the 18th century
Anacreontic poetry and forms of literary sociability (especially in the circle of Johann Wilhelm Ludwig Gleim) 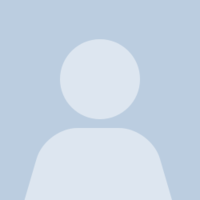 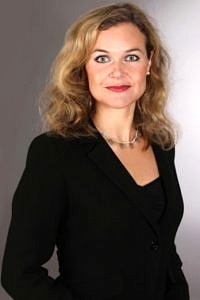 Roman Kuhn is post-doctoral research assistant at the research unit “Dicursivisations of the new” (Freie Universität Berlin). In his project (supervised by Prof. Klaus W. Hempfer) he investigates the relationship between Classicism and Enlightenment in French 18th-century literature with a special focus on Voltaire’s poetry. The aim of the project is to describe this relationship as a complex entanglement rather than as a simple opposition of “old” and “new”. 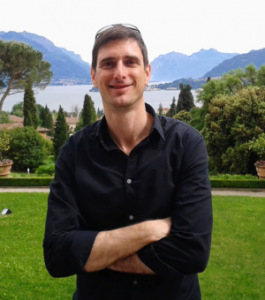 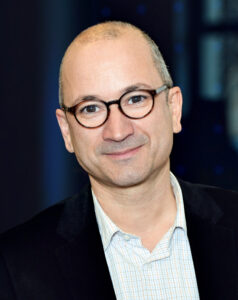 The intellectual and cultural history of Europe in the long eighteenth century (c. 1680-1815) is my main area of research; I am particularly interested in the links between Enlightenment anthropology, theology, and political theory. Other significant aspects of my work include translation and cross-cultural transfer as well as the history of royal academies and exiled intellectuals in the eighteenth century. Having edited the first modern English edition of a wide range of writings by Frederick the Great (Princeton University Press, 2020), I am now working on a monograph exploring the Prussian monarch’s activities as philosopher and public author. Another project concerns the ‘science of man and animal’ in the European Enlightenment. 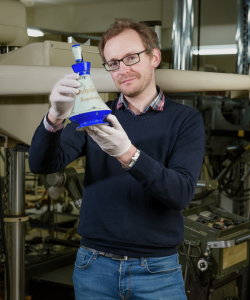 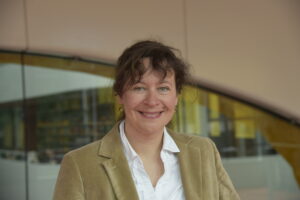 My main areas of research are the literature and culture of the ‘threshold period’ between 1780 and 1830, modernism, and contemporary drama. I have published widely on Kafka, Gothic literature, and more recently in the field of Medical Humanities. I am currently working on a monograph exploring the relationship between literature and pharmacy and in 2016 I am TORCH Knowledge Exchange Research Fellow at the Science Museum London.

Claudia Olk is professor of English and Comparative Literature. Her main fields of research are Medieval and Renaissance Literature as well as Modernism. She is the President of the German Shakespeare Society and works on Shakespeare’s reception in 18th century Europe. Her publications include monographs on the development of Fiction in Late Medieval and Renaissance travel narratives, and on Virginia Woolf’s Aesthetics of Vision. She has edited volumes on Interiority in Literature and Art, on The idea of perfection in Medieval and Early Modern Literature and on Neoplatonism and Aesthetics and published articles on Medieval Drama, Shakespeare, Joyce and Beckett. Her edition of one of Virginia Woolf’s hitherto unpublished manuscripts was published in 2013 by the British Library. She holds a visiting research fellowship at Exeter College, Oxford. 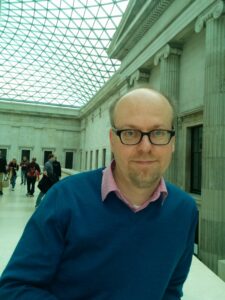 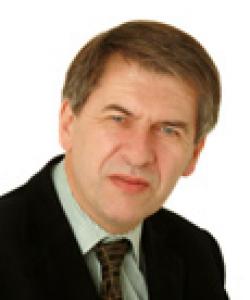 Ritchie Robertson is currently completing a general study of the Enlightenment for Penguin Books. His next major project concerns ‘reason of state’ in German political drama from the seventeenth to the nineteenth centuries. 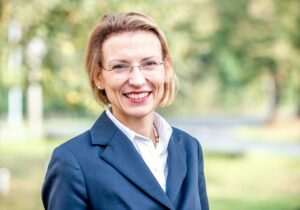 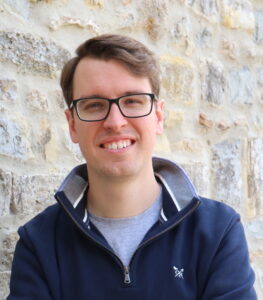 Prof. Dr. Stefanie Stockhorst (Potsdam) was President of the German Society for 18th-Century Studies (2014-18) and is an Elected Member of the Executive Committee of the ISECS since 2019. Her research in Enlightenment studies focuses on poetology, literary criticism and aesthetics, German enlightenment (esp. F. Nicolai, G. E. Lessing), interrelations between medicine and literature, cultural transfer, and praxeology. Her recent publications include edited books on literary criticism in the 18th century (with Barry Murnane, Ritchie Robertson, and Christoph Schmitt-Maaß) (2019), German-Danish Cultural Relations in the 18th Century (with Søren Peter Hansen) (2019), Lessing and the senses (with Alexander Košenina) (2016), and war and peace in the 18th century as well as various articles, e. g. “Doing Enlightenment. Forschungsprogrammatische Überlegungen zur ‚Aufklärung‘ als kultureller Praxis“. In: Das achtzehnte Jahrhundert 42/1 (2018), p. 11–29.

My research interests are: theatre, the relationship between literary and visual cultures, satire and parody, oratory, and the cultural history of Shakespeare. 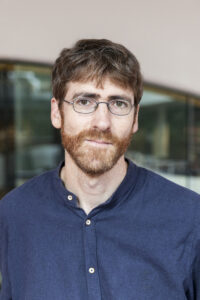 Martin Urmann is a postdoc researcher at the Collaborative Research Center „Episteme in Motion. Transfer of Knowledge from the Ancient World to the Early Modern Period“ at Freie Universität Berlin. He holds a PhD degree (cotutelle de thèse) in comparative literature and history from Freie Universität Berlin and the École des hautes études en sciences sociales (Paris). His research interests include the cultural and intellectual history of the early modern republic of letters, the history of early modern rhetoric, and participatory formats in the French Enlightenment. His current book project is on the prize contests as media of knowledge at the French academies (1670–1789). It sets out to analyse the epistemic status of the genre amidst the changing institutional and medial contexts of the république des lettres focusing on the early decades of the prize questions at the Académie française since 1670 as well as the “prix d’éloquence” and the “prix de morale” at the provincial academies between 1720 and 1760. 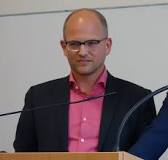