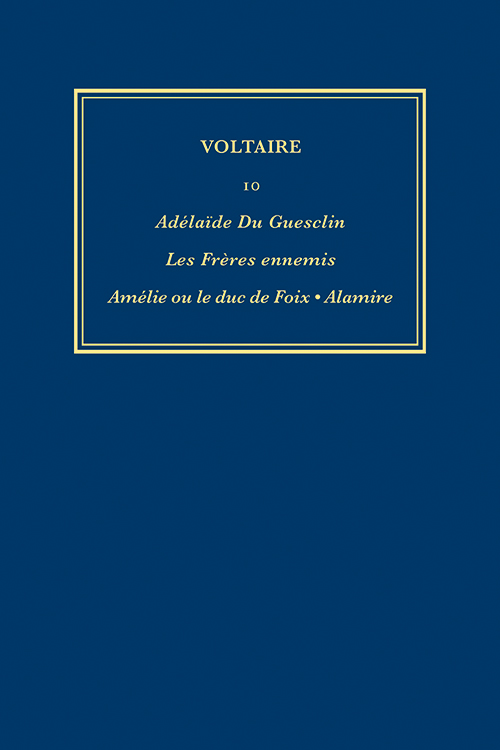 This volume contains Voltaire’s early successful plays, Adélaïde Du Guesclin and its subsequent reworkings: Les Frères ennemis, Amélie ou le duc de Foix and Alamire. Adélaïde Du Guesclin is the first of Voltaire’s historical plays to draw on the French Middle Ages for its characters rather than an 18th century fantasy of the Middle East, although the dark drama of jealous passion and noble patriotism which unfolds is Voltaire’s own creation. Penned in the wake of the War of the Spanish Succession, Voltaire weaves fictionalised history works in counterpoint with the geopolitical events of his age. The other plays in the volume interlink to reveal the afterlife of Adélaïde, which was adapted for new performance contexts and settings. Les Frères ennemis is a condensed version of Adélaïde for performance at the court of Frederick II of Prussia.